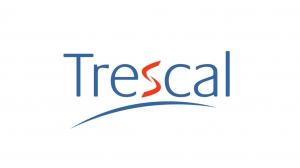 Trescal engrosses the purchase of companies in Spain. The French world leader in comprehensive calibration services, has acquired the Spanish Calibración de Analizadores de Gas, SL (Calgas) and ASSI Sistemas e Instrumentación SL (ASSI) in December 2017 and in the end of February 2018, respectively. The amount of these purchases account for a total of € 12,800,000. With these purchases, Trescal acquired 100% of the shareholdings of both companies, counting on the support of Ardian (majority shareholder of Trescal).

With an infrastructure of 1,800 workers in 67 laboratories and a presence in 16 countries and 4 continents, Trescal comprehensively meets the needs of an increasingly demanding market.

In July 2014, Trescal made its first acquisition in Spain through the purchase of the calibration business unit of Tecnalia through the creation of a new company. In October 2014 and December 2015, Trescal maintained its commitment to the Spanish market and acquired the SIEMSA calibration laboratory and the Industrial Calibration and Metrology Laboratory (MCI). With the acquisitions of Calgas and ASSI, the company gains a significant market share in the sector and remarkably reinforces its presence in Spain.

Calibración de Analizadores de Gas SL (Calgas) was founded in Madrid in 2003 and offers calibration services for gas analysers and gas flow in the sectors of the Chemical, Pharmaceutical, Medical, Food and Environmental-related services sectors.

ASSI Sistemas e Instrumentación is a company founded in 1995 that offers services of calibration, validation, qualification and automation of services. According to Life Science, this leader of calibration has a staff of 130 workers and generates a turnover of 7.2 million euros.

In all its acquisitions in Spain, Trescal has counted on the legal advice of Mariscal & Abogados. For the Spanish firm, it is a great honour to have participated once again in advising Trescal on the purchase of companies.

Fees and taxes for real estate acquisitions in Spain