Legal solutions for German, Austrian and Swiss companies with interests in Spain

According to data from the Spanish National Institute of Statistics (INE), in 2014, 18.5% of the foreign businesses established in Spain came from Germany; they focused their activities in the automobile, chemical, electronic, pharmaceutical, and construction industries. The number of German businesses with activity in Spain hasn’t stopped growing since then, driven by the economic recuperation of the country that offers advantageous conditions for foreign investment in Spain.

Since its founding in 2001, Mariscal & Abogados has been dedicated to the Spanish-German market and has been providing legal advice not only to German, Austrian and Swiss companies with interests in Spain but also to Spanish clients in their legal relations with the German-speaking world.

In this matter, we rely upon bilingual lawyers with professional education acquired in Germany and Spain. 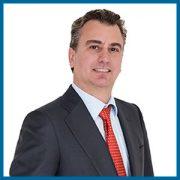 The German Department of Mariscal & Abogados is managed by Karl H. Lincke, partner of Mariscal & Abogados law firm, a lawyer licensed to practice in both Spain and Germany. Born in the city of Bonn, Karl H. Lincke studied law at the Rheinische Friedrich-Wilhelm Universität in Bonn. He obtained his lawyer’s license from the Ministry of Justice in Düsseldorf in 1999, and obtained his title of abogado in Spain before the Ministry in 2001.

He was President of the Wirtschaftsjunioren Madrid (Young Managers in Spain) and an extraordinary member of the Board of Directors of the German Chamber of Commerce in Spain (2006-2011). He is the vice-president of the German Lawyers’ Association in Spain (DAV), a member of the Bar Association of Cologne and Madrid, and he was recently recognized, for the second consecutive year, as a leading lawyer in Information Technologies by the prestigious independent directory Who’s Who Legal. He is author of the books Business in Spanien (GD Verlag, 2006), Business Guide Spanien (Bundesanzeiger Verlag, 2012) and Investitionen und Steuern in Spanien (nwb Verlag, 2012). Karl H. Lincke regularly participates as a speaker and trainer in lectures and conferences conducted by chambers of commerce and other institutions.

The German Desk of Mariscal & Abogados is composed of bilingual professionals with extensive experience in the exercise of their expertise areas not only in Spain but also in Germany, Austria and Switzerland. Endowed with excellent intercultural skills, they have a deep knowledge of each country’s legal system, as well as about cultural and commercial features of the Spanish-German market.

The distinguishing characteristics of our team allow us to respond to clients’ expectations and to offer the maximum quality of our services, which extends to all areas of the business law in Spain, through personalized and tailor-made treatment.