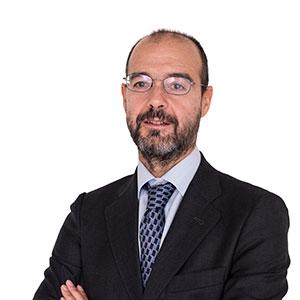 Alexander Zuazo is an Industrial Property Lawyer (1999) and European Trademark and Design Lawyer (2000). He graduated from the University of Deusto (Bilbao) in 1986, with a degree in law and also holds a masters degree in Intellectual Property Law from Queen Mary College, London.

Alexander Zuazo is an expert in out-of-court settlement in domain name .es disputes by the High Council of Chambers of Commerce, Industry and Shipping in Spain. In 2014, he received authorization as a Legal Practitioner by the European Office of Patents. Since the year 2000, he has been lecturing Management for Business Competition (Master GECEM) at the Basque University Euskal Herriko Unibertsitatea.

Alexander Zuazo has been an of-counsel lawyer at Mariscal & Abogados since 2002.