Legal solutions for French-speaking companies with interests in Spain

Historically, and due to geographic proximity, the relations between Spain and France have always been very close. The volume of trade between the two countries has been growing steadily in recent years, and today France is its first business partner, its first customer, and the second supplier of Spain.

Spain hosts nearly 1.300 French companies, many of them in the automotive, retail, agri-food, and construction sectors. Similarly, many Spanish companies have subsidiaries, branches, and stores in France in the real estate, energy and textile industries.

Spain’s attractiveness relies on the superior qualifications of its workforce, the quality and modernity of its infrastructures, and its excellent relationship with Latin America. To which we can add the solid economic growth it is currently experiencing.

The opportunities for French companies in the Spanish market are not limited only to strongly developed sectors such as the chemical, logistics, or automotive industries. The growth and excellence of the country offer new magnificent opportunities in rapidly growing sectors such as biotechnology, health, ICTs, renewable energies, aeronautical, agro-food, and environmental industries.

The French Department of Mariscal & Abogados aims to strengthen the historical and geographical links that have always existed between France and Spain.

With Nicolás Melchior and Marcia Ponce, the firm has successfully created and developed a department that is now vital to satisfy the legal needs of its French clientele, with a particular attention focus on the strengths that characterize the firm: personalized attention and outstanding quality.

Currently, the French Desk is co-directed by Nicolás Melchior and Marcia Ponce. 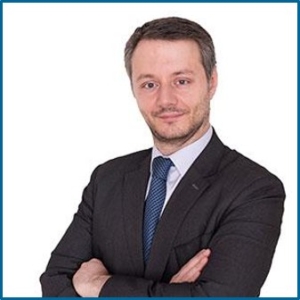 Nicolás Melchior is fluent in French, German, and English.

Marcia Ponce holds a Double Degree in Spanish French Law from the Paris 1-Sorbonne University and the Complutense University of Madrid. Additionally, Marcia has developed her professional career in French and Spanish law firms in Paris and Madrid. 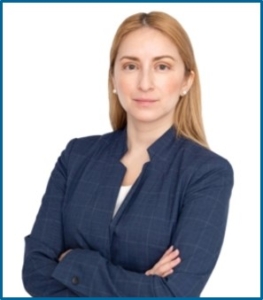 With Nicolas Melchior and Marcia Ponce, the firm has successfully created and developed a vital department to meet the legal needs of French clients, with an emphasis on the customized attention and proven quality that distinguish it.

The team of native and bilingual professionals directed by Nicolás Melchior and Marcia Ponce acts jointly and transversally. The department, made up of lawyers with extensive experience in comprehensive legal advice in the francophone market, has the added value of deep knowledge of French business culture.

The education and qualifications of the team enable us to offer a full range of services, agile respond to our client’s expectations and offer the highest quality in our legal advisory services in all areas of law in Spain.