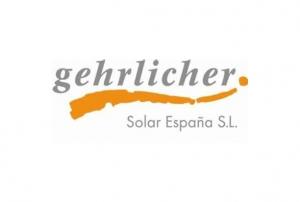 According to the executive, Gehrlicher Solar España has signed an agreement with a German investment fund, which will finance the acquisitions. He declined to name the fund.

Barea said that Gehrlicher Solar España is seeking licenses or projects which already have government approval and with a 3MW minimum of capacity. We will look for these projects, build and install the solar farms and then sell them to the fund, he said.

Barea said that the fund has committed around EUR 80 m in equity, an amount that could be increased to EUR 280m (including debt) over the next couple of years.

The executive said that Gehrlicher Solar España is closing an acquisition next month of 8MW with a total investment of EUR 35-40m, including the development of the farm. The fund is supporting us in the pre-financing of the project with 25% of the total amount in equity, he said. The contract with the fund to develop, build and maintain the farm also included the sale of the farm to the fund. The fund will get the rest of the financing from banks.

Asked how the company looks for the projects and licenses, Barea said that the company receives proposals from external advisers, adding that an in-house team will filter any proposals. Gehrlicher Solar España works with Abalados as technical advisor and Mariscal & Abogados as legal firm.

Gehrlicher Solar España reached around EUR 25m in revenues last year with a gross profit of EUR 3m. The company targets EUR 50m in revenues this year. Barea said that the company has no plans to raise further capital or hold an initial public offer (IPO).

Meanwhile, Francisco Espín, also managing director of Gehrlicher Solar España, said that the company is looking into buying minor projects (less than 3MW capacity) with its own resources. He also said that the next step for the unit would be to move into new markets such as Portugal or Chile. In these countries, we would start with commercial activity such as installing solar projects, but we could reach an agreement with a local partner and later acquire it, he said.

Mariscal & Abogados is an international and multidisciplinary law firm with proven experience in diverse areas of the Law. Our working languages are English, German, French and Spanish. For any further enquiries please Contact us

Types of trade agreements in Spain