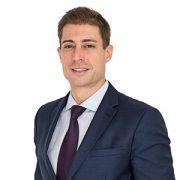 In January of 2017, Mr. Alberto Álvarez has been appointed as a partner of the international law firm Mariscal & Abogados. He holds a Bachelor’s degree in Law from the San Pablo CEU University, a Master degree in Business Law (LLM) and an Executive Master’s degree in Tax Consultancy from the Centro de Estudios Garrigues. Alberto joined the firm in February of 2012. With a solid international background and extensive experience in advising clients on commercial law matters acquired both in national and international top-level offices, Alberto is an expert in company law, M&A, company restructuring and insolvency. Furthermore, Alberto regularly collaborates with prestigious international media and carries out his professional activities in English, German and Spanish, interchangeably.

Currently, Alberto Álvarez is head of the Anglo-Saxon department of the firm, which provides legal services to foreign English-speaking companies around the world in all matters related to setting up and developing their activities in Spain.

Mariscal & Abogados is a multidisciplinary law firm founded in 2001 and directed by Mariano Jiménez, strongly committed to customer service and a leader in the provision of legal advice for national and foreign companies. The firm stands out because of its strong international vocation that it channels through three key departments: German department, headed by Karl H. Lincke, Anglo-Saxon department managed by Alberto Álvarez, and French department led by Nicolás Melchior, from which it provides legal advice in the sectors, markets and services most demanded by customers.

With this appointment, Mariscal & Abogados strengthens its partners structure in order to consolidate its position as an international firm and, thanks to the education and qualifications of its members, reinforces its commitment to achieving the business objectives of its clients.