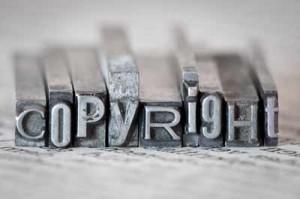 Directives 2001/29/EC of May 22, 2001 and 2006/CE of December 12, 2006 have harmonized copyright legislation in force within the European Union. The applicable law in Spain is Law 1/1996 of April 12, 1996, amended by the Law of July 7, 2006. As a result of the harmonization, the Spanish copyright legislation is almost identical to that of other European countries. Moreover, through the various agreements concluded between the countries, the works of foreign creators are protected in all the European countries.

The Spanish Copyright law grants a creator exclusive rights to his or her work. This includes works in the literary and artistic fields and protects a broad range of creations, provided that they are original. It may be for example, books, musical compositions, dramatic and cinematographic works, sculptures and paintings, but also photographic works or works of applied art.

The creator of an original work has a moral and a patrimonial right to it. These rights ensure the creator full disposal of his or her work and the exclusivity to exploit it without any limitations other than those prescribed by law. In Spain, as in the majority of the European Union countries, the patrimonial right protects a work for the life of the creator and 70 years after his or her death. The moral right is imprescriptible, permanent and inalienable and is transmitted to the creator’s heirs at the moment of the creator’s death. These rights aim at ensuring respect and integrity of works and at condemning deformation, modification or alteration of any work created. The creator is also entitled to decide the moment of the divulgation of his or her work and can chose whether to use a pseudonym or not.

The liquidation of companies in Spain