Blog - Latest News
You are here: Home / Publications List / Inheritance and Legacies / The Implementation of Foreign Hereditary Titles in Spain 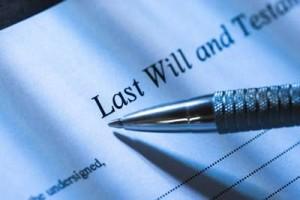 This article addresses the legal implementation of foreign hereditary titles in Spain.  While this article presents a short introduction to the matter, it does not, however, replace a detailed legal consultation with a qualified lawyer.

Two aspects that are common and indispensable to understanding this matter in the context of private international law include (1) when Spanish courts have jurisdiction, and (2) which law applies in cases of international successions.

–  Surface rights and the right to the subsoil in Spain;

–  The creation, activity, and nullity of companies or legal persons established in Spain;

o  The decisions of the organs of these companies or legal persons;

– The inspection and management of official Spanish registries or directories;

– The inspection and protection of patents and other rights that were notified or registered in Spain;

– The implementation of foreign judgments and titles.

2. Spanish courts also generally have jurisdiction when the parties have agreed upon it, either expressly or by implication, or when the defendant lives in Spain.

3. If the question of jurisdiction is unclear under either of the above options, then Spanish courts will be the proper ones in the following cases:

– To determine the protection of minors and disabled persons, provided their domiciles are in Spain;

– To clarify legal relations between spouses, the annulment of marriages, separations, and divorces, provided that both spouses are residents of Spain the plaintiff is a Spanish citizen, or both parties are Spanish citizens and agree on the jurisdictional competence of Spain;

– To determine custody issues if the child has a permanent place of residence in Spain   the plaintiff is a Spanish citizen, or the plaintiff resides in Spain;

– To determine matters of maintenance when the creditor resides in Spain;

–  To adjudicate contractual claims provided that the contract was executed in Spain;

–  To answer questions regarding successions when the testator’s last place of residence was Spain or the testator possessed property in Spain.

These three paragraphs enable us to glean the following information about succession in Spain:

– Spanish courts have exclusive jurisdictional power over several specific types of cases.  Foreign judgments, then, are not recognised in these cases.

– An individual can choose Spain as the appropriate jurisdiction either expressly or by implication.  In doing so, it is important to note that Article 55 of the Spanish Code of Civil Procedure  requires that the parties expressly agree on a court.

– The power of the courts to hear succession cases may depend on the domicile of the defendant.

– Spanish courts have jurisdictional power when the last domicile of the testator was in Spain or the testator had at least possessed property in Spain.

After considering the question of jurisdiction, the question of which law applies follows.  Private international law references Article 9, Paragraph VIII of the Spanish Civil Code.  This Article states:

Successions are governed by the law of the state to which the deceased last belonged – regardless of the location of the succession.  That law also governs the legal share.  Testamentary dispositions or contracts of inheritance are interpreted in the light of the country in which they were finalized, even if it is not that to which the deceased last belonged.  The rights of widowed spouses are governed by the law that governed the marriage.

Considering the above, it follows that:

The law of the state to which the deceased last belonged governs legal successions.  This applies regardless of the country in which the succession is located.

It would also be possible for another law to apply in the case where the deceased were married.  The law that governed the marriage governs the widowers’ rights..  Therefore, it is possible that three different national laws apply to a single succession case.

Therefore, succession cases with international ramifications can be extremely complex.  Both the determination of the appropriate jurisdiction and the applicable law imply a detailed analysis for every case.

Establishing a Partnership in Spain