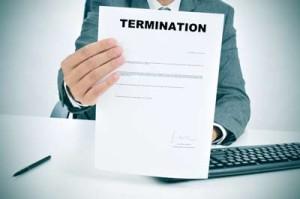 In this article, we discuss the type of legal procedure a company in Spain can use when a court’s decision qualifying a dismissal as unfair has damaged a company.

As covered in a previous article, when the Judge of Social Affairs rules in favour of the worker, thus qualifying the dismissal as unfair, the company that contests this decision and does not wish to reinstate the worker must:

Articles 190 and those that follow of the Law on Social Jurisdiction regulate the appeal.

Before Whom Must a Company File the Appeal?

A company must file the appeal with the Labour Chambers of the High Court of Justice.

How to file an appeal in Spain?

If the company receives a dismissal decision again, it will have the opportunity to file another appeal. In this case, the Supreme Court hears the second appeal.

As we can see, in Spain a company concerned by a court’s decision in the first instance is not left unprotected.  These companies can use various judicial proceedings before the judgment acquires the authority of a final decision.

Mariscal & Abogados provides corporate labour advice (employment contracts, collective bargaining, dismissals...). If you have a query, do not hesitate to Contact us.

How to draft an Executive Management Contract in Spain